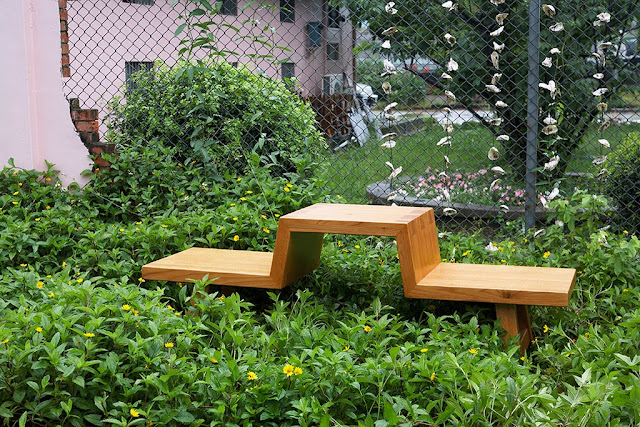 The concept in this bench is to remind people about the old time, the time we tightly linked to each other and concerned each other. For me, "The Bench" can be used to cross the gap between old Chinese culture and the new generation. This bench is an idea of the communication between "People & People", "Past & Future". I tried to put the spirit of Taiwan into this product that called "the perfection of imperfection".

Keep the original form of bench but developed into a concept to create a space for connection. All object made by traditional tongue-and-groove joint, and tried to push our traditional technique and spirit move forward. 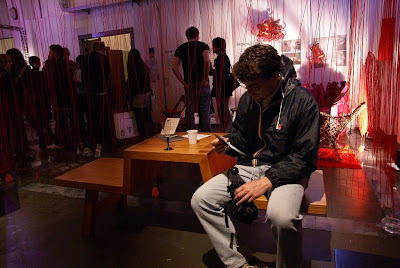 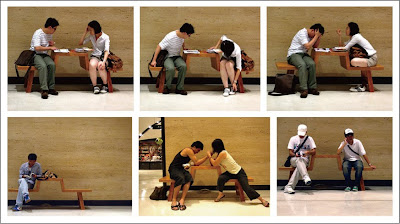 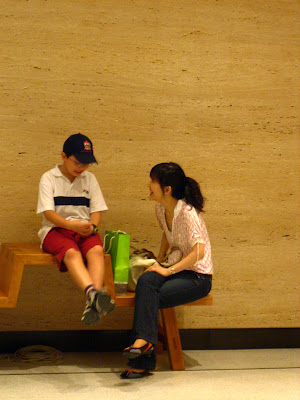 The chair is not completed until someone sit on it,
張貼者： R 於 上午2:42